The Kushan period has a special significance in the circulation of coins in India. Although the Yavana kings introduced gold coins in north-west India, the credit for their regular and complete circulation goes to the Kushan kings only. India’s relations with Rome and other western countries became very strong during the Kushan period due to trade activities. As the trade relationship grew, there was a need for coins of certain sizes and shapes. In order to overcome the problems of foreign trade, the Kushan rulers also had to make changes in their coins, so they also issued gold, copper and silver coins. 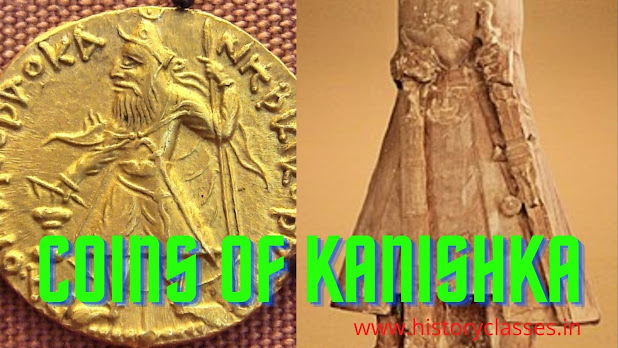 Kanishka was the most prolific ruler of the Kushan dynasty. He ascended the throne in 78 AD after Vima Kadphises. Twelve inscriptions and the majority of gold and copper coins have been found. He was a follower of Buddhism. The Fourth Buddhist Council of Buddhism was organized during his reign. Purushpur or Peshawar was the capital of his empire.

Although Kujul Kadphises, Vim Kadphises among Kushan rulers introduced coins before Kanishka but today we will talk about Kanishka coins in this blog. We will describe the characteristics of Kanishka’s coins and their utility through this blog.

Indian Hindu, Greek, Iranian and Sumerian deities have been found in the coins of Kanishka, which shows his religious tolerance. The Greek script and language have been used in the coins issued by him in the early years of his rule and Greek divine images were found. Later coins appear in the Bactrian, Iranian script and languages ​​he used to speak, and Iranian gods in place of Greek gods. All Kanishka coins, even those in Bactrian, were written in a modified Greek script, with an additional engraved letter (Ϸ), used in ‘Kushana’ and ‘Kanishaka (sh) denotes.

In the coin of Emperor Kanishka, Suryadev stands to the left. In the left hand there is a punishment which is tied to Rashna. The sword is hanging around the waist. Surya Irani is shown in royal garb, wearing a long coat with a beard, from whose shoulders flames emanate.This idol of Kanishka depicts him wearing shoes which are circular in shape. Kanishka is mostly depicted in his coins worshiping gods and goddesses or performing havan. A statue of Kanishka resembling this description was preserved in the Kabul Museum, but was later destroyed by the Taliban.

Coins of Kanishka A large number of coins made of gold and copper have been found from various places in North-Western Pradesh, Punjab, Uttar Pradesh, Bengal and Orissa. Gold coins are equal in weight to Roman coins (about 124 grains).

Obverse part – There is a figure of a king in a standing posture. He is wearing a long coat, pajama, pointed cap. In his left hand he holds a garland and in his right hand he is offering an offering in the havan-kunda. The inscription ‘Shao Nano Shao Kanishki Koshano’ is inscribed in Greek script with Iranian origin.
The meaning of ‘Shao Nanao Shao’ is from ‘Shahanshah’. The Prayag pillar inscription of Samudra Gupta shows that the Kushan rulers used to assume the title of ‘Devaputrashahishahanushahi’.

Reverse part – Figures of various deities are found engraved. These are derived from Greek, Indian and Iranian gods, each coin has the same deity and its name engraved on the bottom. The name is in Greek such as Miro (Sun), Meo (Moon), Arlegno, Nana, Ardoxo (Goddess) etc.
Some coins have the shape of a quadrilateral Shiva on the obverse and ‘Iso’ (Shiva), in Greek language. He holds a trident, goat, damru and ankush in his hand. Buddha statue in standing posture with influence on some coins and ‘Vodo’ (Buddha) is inscribed in Greek script below it.

The copper coins are circular whose details are as follows –
The reverse part – Kanishka’s figure and inscription ‘Basilius Baselian’ is engraved. It is a Greek title meaning ‘king of kings’.

Reverse part – The figure of Greek, Iranian, or Indian deities and their name is found engraved in Greek
Some such copper coins of Kanishka have been found, on which the king has been made in a sitting posture. The name of the king has been destroyed on them. The weight of four of these coins is 68 grains. Whitehead has described them as Kanishka on the basis of size and style. Gardner mentions some bronze coins of Kanishka. On the back are the figures of Greek gods and goddesses.
Conclusion
Thus, while on the one hand the spread of Kanishka’s coins shows the expansion of his empire, on the other hand the figures of various gods and goddesses engraved on his coins reveal his religious tolerance. Looking at the coins of Kanishka, it can be easily inferred that people of many communities and religions lived in his empire. This was the reason that he had carved the figures of gods and goddesses of all classes on his coins. Kanishka showed respect for all classes of people and their religious sentiments as a state policy. Such an act of his would have earned him the support and respect of all sections. 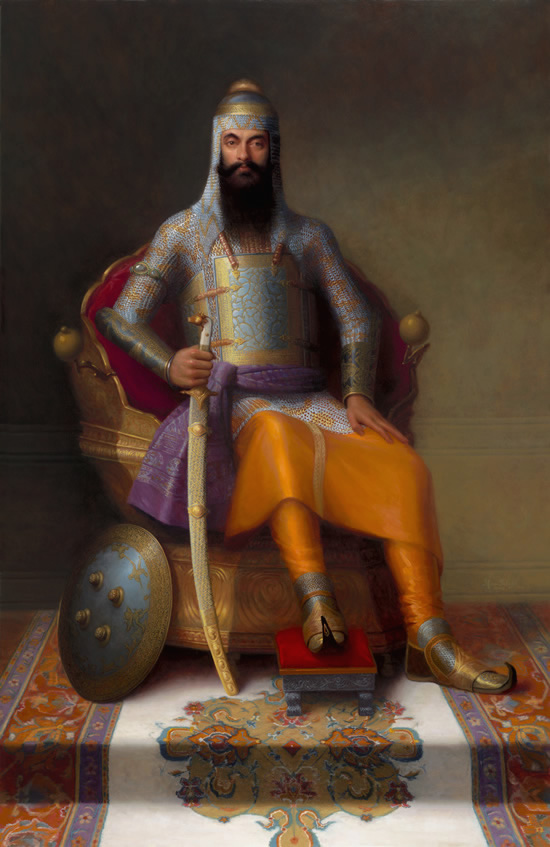