His Holiness the Dalai Lama

Today, July 6th, is the birthday of the Tibetan Buddhist leader, the Dalai Lama. The Dalai Lama has completed 86 years of his life today. He had to flee Tibet 61 years ago in 1959. Since then he has been living in India. In view of the tension between India and China, everyone’s eyes are on this birthday of the Dalai Lama. Many believe that India can reconsider its policy on Tibet and the Dalai Lama in view of China’s stand in the Galvan Valley. Today in this blog we will learn about the life of Dalai Lama and his religious and political struggle. 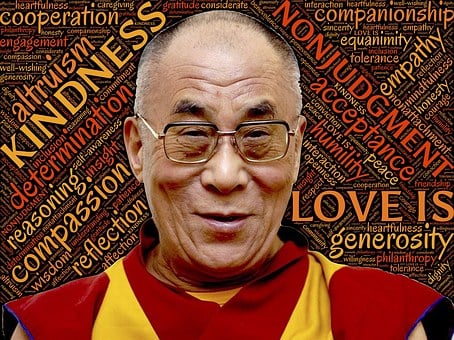 His Holiness the Dalai Lama

In view of the border dispute between India and China, the eyes of the world are also on Prime Minister Narendra Modi whether he will publicly congratulate the Dalai Lama (Tenzin Gyatse)? Some time ago, Tibetan political leader in exile, Dr. Lobsang Sangay had demanded from India to raise the issue of Tibet with China.

The Dalai Lama is a Mongolian apadhi which means (the storehouse of knowledge / ocean of knowledge). Such wise people who are the storehouse of the qualities of a Bodhisattva and who have avoided their nirvana and are born again for the sake of humanity. His Holiness’s words are spoken to honor him

His Holiness the Dalai Lama completed his education while living in a residential Buddhist monastery. He started his education at the age of 6. At the age of 23, he took his final examinations at the Jokhang Temple in Lhasa during the annual Monlam Prarthana festival (1959). He passed this exam with Honours. He was awarded the highest Geshe degree Lharampa: PhD in Buddhist Philosophy.

When did the Dalai Lama get the leadership of Tibet?

China wanted to take control of Tibet under its imperialist policy, so China attacked Tibet in 1949. Following this Chinese attack, His Holiness the Dalai Lama was urged to take over the political leadership of Tibet. He took power in Tibet with the support of the people of Tibet.
In 1954, the Dalai Lama met with prominent Chinese leaders- Mao Zedang, Deng Xiaoping, etc. But all these efforts failed and in 1959 the Chinese forces crushed the Tibetan national movement. Due to the tyranny and pressure of Chinese forces, the Dalai Lama had to be exiled from Tibet.

On 31 March 1959, this religious leader of Tibet had stepped into India. On March 17, he had set out on foot from Lhasa, the capital of Tibet, and crossed the Himalayan mountains and entered the Indian border after 15 days. When there was no news of him and his associates during the journey, many people started fearing that he might have died.
The Dalai Lama was accompanied by some soldiers and cabinet ministers. To avoid the eyes of China, these people used to travel only at night. According to Time magazine, later such rumors also spread that “the prayers of the people of Buddhism caused mist and clouds to protect them from the sight of red ships.”
Since then, he has been living in the northern Indian city of Dharamsala (Himachal Pradesh), which is the headquarters of the Central Tibetan Administration. Following Tibet’s attack on China, His Holiness the Dalai Lama urged the United Nations to resolve the issue of Tibet. Three resolutions have been passed by the United Nations General Assembly on the issue of Tibet in 1959, 1961, and 1965.

Reasons for the popularity of the Dalai Lama

His Holiness has received 60 honorary doctorates, awards, honors, etc., since 1959 in recognition of his ideas of peace, non-violence, inter-religious reconciliation, universal responsibility and compassion. His Holiness has written over 50 books. His Holiness considers himself an ordinary Buddhist monk. His simple and compassionate nature deeply affects everyone he meets during his travels and lectures around the world. His message is love, compassion and forgiveness.

His Holiness’s Efforts to Restore Democracy in Tibet

In 1963, His Holiness the Dalai Lama presented a constitutional draft for the resumption of the democratic process so as to protect the democratic rights of Tibet and its citizens. But China ignored and rejected all their efforts. After this His Holiness made many improvements to it. However, it was only in May 1990 that the fundamental reforms undertaken by His Holiness the Dalai Lama could be actualized in the form of a truly democratic government. Tibetan Cabinet to be appointed by His Holiness; The Kashag and the Tenth Parliament were dissolved and fresh elections were held. The members of the Eleventh Parliament of Exile of Tibet were elected on the basis of one person one vote by Tibetan Nahriks residing in 33 countries of the world as well as India. Thus the Eleventh Parliament was formally constituted and the Tibetan Parliament in Exile at Dharamsala (Himachal Pradesh, India) has a total of 46 members including the Speaker and the Deputy Speaker. 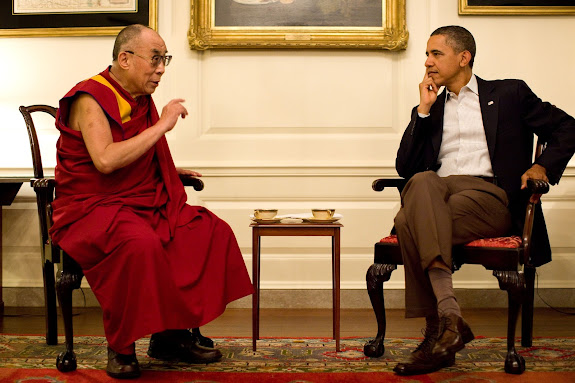 Peace Efforts by His Holiness the Dalai Lama

In 1987, His Holiness presented a five-point peace plan as the first attempt to find a peaceful solution to the deteriorating political situation in Tibet. He presented the idea to China that Tibet could be turned into a sanctuary—a peace zone in the heart of Asia where all sentient beings could live in peace and where the environment was protected. But China failed to respond positively to the various peace proposals made by His Holiness the Dalai Lama. Due to which the citizens of Tibet are still fighting for Tibet by staying at home and abroad for the restoration of democracy.

Five-Point Peace Plan – Addressing members of the US Congress on September 21, 1987, His Holiness the Dalai Lama laid out the following five-point peace plan:

1. Entire Tibet should be converted into a peace zone for global peace so that the whole world can read the lesson of peace and non-violence from Tibet.

2. China should abandon the population transfer policy that threatens the ancient cultural and spiritual existence of the Tibetan people.

3. China should respect the natural human rights and democratic freedoms of the people of Tibet.

4. The natural environment of Tibet should be protected and restored and China’s policy of using Tibet as a nuclear weapons manufacturing and nuclear waste disposal site should be stopped.

Following are the messages of Dalai Lama :–

To meet the challenge of today’s times, man should develop a comprehensive sense of universal responsibility. We all need to learn that we should work not only for ourselves but for the benefit of humanity as a whole. Universal responsibility is the real key to human existence. It is the best basis for world peace, equitable distribution of natural resources and proper care of the environment for the interests of the future generation.
Propagation of Buddhism – My religion is simple, my religion is kindness.
We should protect our environment the same way we protect our horses. We humans are born from nature, so we have no reason to go against nature, that is why I say that environment is not a matter of religion, ethics or morality. These are all such luxuries without which we can survive but if we go against nature then we cannot survive.
As a refugee, we Tibetans always feel grateful to the people of India, not only because India has provided aid and refuge to this generation of Tibetans, but also because for many generations the Tibetan people have left this country as a light and a light. Got wisdom. That’s why we are always grateful to India. If seen from the cultural point of view, we are the followers of Indian culture.
We are not against the Chinese people or the Chinese leaders, after all they are also our brothers and sisters as human beings. If they had the freedom to make their own decisions, they would not engage themselves in such destructive activity or do anything that brings them disrepute. I have compassion for them. 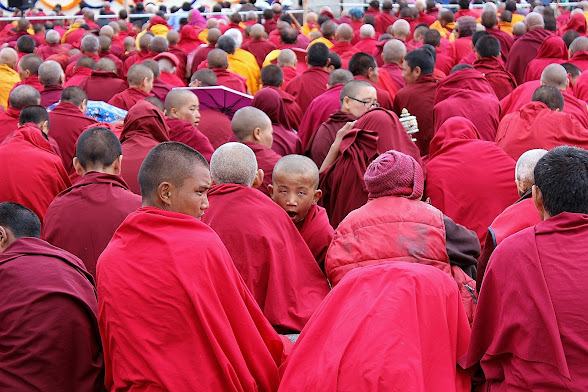 Conclusion
Thus on May 14, 1995, the Dalai Lama elected the 11th Panchen Lama. Gejun Lyoki Nyima, six years old. After three days, the child disappeared along with the family. After that no one ever saw him. After that China installed its Panchen Lama. The people of Tibet refused to accept Chinese puppetry. The Dalai Lama retired from the Central Tibetan Administration in May 2011. Now his role is that of a parent. He has said that the next Dalai Lama will be chosen by the vote of the people.

‘I’m not angry with them. They will enjoy the fruits of their deeds. I sympathize with him.

The Dalai Lama reached the world from India. His thoughts, his philosophy, his knowledge overwhelm the world. They intend to tie the whole world together. The name of that thread is humanity. He has a solution for every big and small problem in the world. Mercy, non-violence and peace. His laugh is very beautiful. The Dalai Lama turned 86 on July 6, 2021. Even at this age, his unconditional laughter will breathe life into you. ‘Dalai Lama’ is also considered as the ‘gem that fulfills every wish’. But the dream of ‘Independence of Tibet’ is still far away. Even today the repression of China continues. Open wings are yet to fly in Tibet. Amidst all the expectations, I remember one thing he said.

5-how did the last days of Hitler