Mr. Perfectionist of Indian Cinema Aamir Khan married Kiran Rao 15 years ago. But today both of them announced to end this relationship. Aamir Khan and Kiran Rao announced their separation by issuing a joint statement. Along with this, both also said that their business relationship will continue. Apart from this, both also worked together for the upbringing of their children. 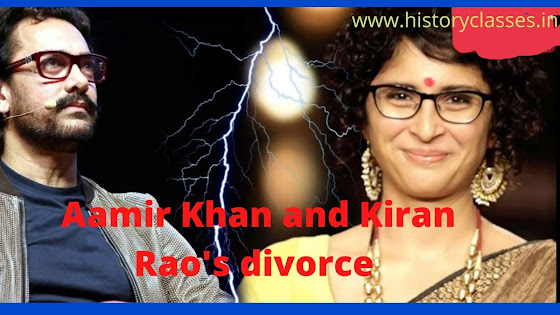 Aamir Khan and Kiran Rao first met during the shooting of the film ‘Lagaan’. Aamir Khan said this during the interview. He had told that then Kiran was just a team member for him and was working in the film as an assistant director. Then Aamir Khan did not have much attention towards Kiran Rao.

How Aamir Khan was impressed by Kiran Rao

Aamir Khan had revealed that once Kiran Rao called him. This call lasted for about 20 minutes, after which their friendship progressed and Aamir Khan started dating Kiran Rao. After that both of them got married in 2005, then Aamir Khan had said that he cannot think of his life without Kiran Rao.

What did Aamir Khan and Kiran Rao say on their separation?

Aamir Khan and Kiran Rao issued a joint statement on their separation, saying that now they are separating– 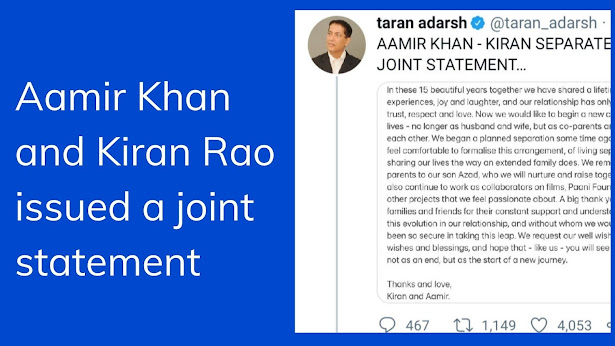 In the 15 years of our married life, we shared many experiences, in which we shared a lot of happiness. Our relationship has only grown with trust, respect and trust in each other. But now we want to start a new chapter of our life. This new relationship is not as husband and wife but as shared parents and family. We thought of parting ways a while back and now we feel comfortable doing so. In spite of being apart, we will live like a family. We will remain devoted as parents with full responsibility towards our son Azad. We will take care of him together. We will continue to work together as business partners, be it films or Paani Foundation or any other project we will work on together. Many thanks to family and friends for understanding and supporting our relationship. Without which we would not have dared to take such a big step. Aham prays for blessings and blessings from his well wishers and hope that you, like us, will not see this divorce as the end but as the beginning of a new journey.