Indian film actor Dilip Kumar, who is popularly known as the Tragedy King in the Indian film industry, was admitted to the hospital recently on 29 June 2021. In view of his critical condition, he has been kept in the ICU ward where his health is fine, but the doctors are constantly monitoring him as a precaution. Today in this blog we will know about some unexplored aspects of the veteran actor’s life. 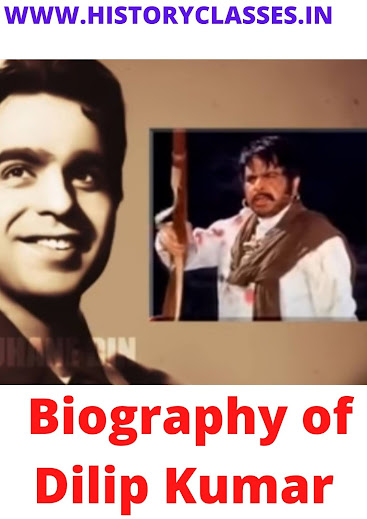 Dilip Kumar was born on 11 December 1922 in Peshawar, present-day Pakistan. Dilip Kumar’s childhood name was Muhammad Yusuf Khan. His father Lala Ghulam Sarwar was a small landowner and fruit trader. At the time of partition, his family settled in Mumbai. Dilip Sahab’s childhood was spent in the condition of poverty. When his father was reduced to business, Dilip Kumar started working in a canteen in Pune to help his father. While there, Devika Rani caught sight of him and she brought him with her and gave him the job of an actor. It was Devika Rani who gave him the new name Dilip Kumar. At the age of twenty-five, Dilip Kumar had become a well-known actor of Indian cinema.

Dilip Kumar married actress Saira Banon in 1966 at the age of 44, 22 years younger than him. He did the second marriage with Asma due to which his relationship with Saira Banu got spoiled but Dilip divorced Asma in 1982. 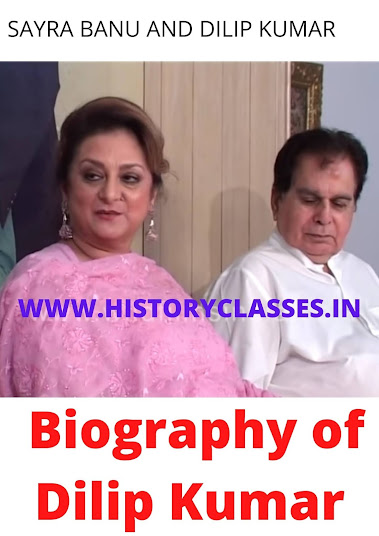 Dilip Kumar made his film debut in 1944 with the film ‘Jwar-Bhata’. Although it did not feel very successful. Dilip Kumar’s first superhit film was ‘Jugnu’ in 1947. After the success of Jugnu, Dilip Kumar emerged as the new superstar of Indian cinema. Dilip Kumar worked with Raj Kapoor for the first time in the film ‘Andaz’ which came out in 1949. Dilip Kumar used to act in serious roles so serious that his acting skills made him famous as the Tragedy King. Deedar (1951) and Devdas (1955) are such brilliant films in which Dilip sahab played serious roles.

He played the role of Mughal prince Shah Jahan in the 1960 film Mughle-Azam. Dilip Kumar entertained the audience for the first time by playing a comedy role in the film ‘Ram Aur Shayam’ in Dihri. In the 70s, 80s and 90s, Dilip Kumar acted in fewer films. In 1981, he played the role of a revolutionary in the patriotic film ‘Kranti’. He also acted brilliantly in successful films like Vidhata in 1982, Karma in 1986, Izzatdar in 1990 and Saudagar in 1991. His last film was the 1998 film Qila.

Actor Dilip Kumar was admitted to the famous Lilavati Hospital in Mumbai due to dehydration problem where his condition is stable. On 30 June 2021, the actor was admitted to the ICU at Hinduja Hospital in Mumbai due to severe breathing problems, where doctors are treating him. According to the latest report, the condition of Dilip Kumar remains stable. Let us tell you about the health update of the actor. A few days ago his wife Saira Banu Khan shared a touching press note on social media.

“You all are aware that my husband Dilip Kumar Sahab’s health is not good for some time now. He has been admitted to a hospital in Mumbai where he is undergoing treatment. Through this press note, I thank all the fans who are praying for my PTI. I request all of you to pray for Dilip Sahab’s speedy recovery. And I pray to God that you all also stay healthy during this pandemic.. Sincerely, Saira Banu Khan.

Why is Dilip Kumar childless in family life?

Dilip Kumar married Saira Ban on 11 October 1966.Saira is 22 years younger than Dilip Kumar. Although both have been married for 50 years, they do not have any children. But many people know that why Dilip Kumar could not become a father, what is the real reason behind him? Dilip Kumar in his autobiography “The Substance and the Shadow” revealed why he could not become a father. In this autobiography, Dilip wrote, “The truth is that in 1972, Saira became pregnant for the first time. When Saira was eight months pregnant, she complained of blood pressure. During this time to save the fully developed fetus. Surgery was not possible. Eventually the child died of suffocation. After this unfortunate incident, Saira could never get pregnant. Later it was also revealed that the survivor who died in the stomach was a son.

Saira and Dilip have been married for more than fifty years and still love each other very much Saira expressed this in a newspaper saying “I am still madly in love with my Kohinoor, Yusuf Sahab, like I was attracted to him at the age of 12. We have had a wonderful marriage that has gone through a lot of ups and downs in the last four decades. No marriage is perfect. How can that happen even when we as human beings are not perfect? It is a mutual love, respect, that sustains a marriage.”

Awards and Achievements of Dilip Kumar

Dilip Kumar was awarded the Padma Bhushan, the country’s third highest honour, in 1991. Received the Filmfare Life Time Achievement Award in 1993. In 1994, he was honored with the Dadasaheb Phalke Award.

Dilip Kumar is not only famous in India but he is also highly respected in Pakistan, that is why the Government of Pakistan gave him Pakistan’s highest civilian award ‘Nishan-e-Pakistan’ in 1998. Earlier this honor was given only to former Prime Minister of India Morarji Desai.
In 2000, Dilip Kumar was elected a member of the Rajya Sabha. 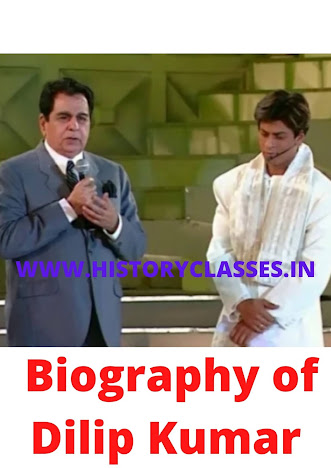 Thus Dilip Kumar occupies a prominent position among Indian film actors. He was a brilliant actor and played every character in the film world with perfection. We all wish him a speedy recovery