Kashmir is a beautiful state located in the north of India. Kashmir is called the heaven on earth, but after the independence of India and the creation of Pakistan, the peace and beauty of Kashmir was replaced by the inhuman activities of Pakistan-backed terrorists. Today in this blog we will know the ancient history of Kashmir. 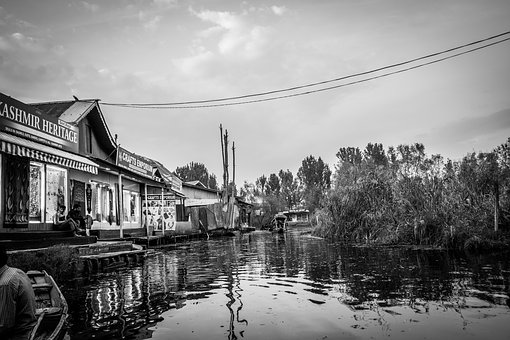 Kalhan is considered to be the first Indian historian because Kalhan wrote a systematic history of Kashmir for the first time in which date order was used. The history of the ancient Hindu kingdom of Kashmir is revealed from Kalhana’s book ‘Rajatarangini’. Kalhana’s father’s name was Champak, who was the minister of King Harsha of Kashmir. It is not clear whether Kalhan was on any political post or not. Kalhana completed his book ‘Rajatangini’ during the reign of Jai Singh (1127-1159 AD). There are eight waves and eight thousand verses in Rajatangini. This book has been composed on the basis of the style of Mahabharata. The history of Kashmir is in the first three waves. The fourth, fifth and sixth waves have the history of the Karkot and Utpal clans. The seventh and eighth waves have the history of the Lohar dynasty. The history of the fourth to eighth waves is considered more authentic. Kalhan has also used archaeological evidence in this book.
Kalhana’s Rajatangini is also worthy of praise because Kalhana wrote this book without any bias. He describes the merits of the rulers as well as their demerits. It also describes the corruption of government employees at that time. Along with political history, he also describes moral education. Kalhan was familiar with all the methods of modern historiography. Rajatarangini can be considered as the first successful attempt of systematic writing of historical events in Sanskrit language.

In ancient times Kashmir was named after Maharishi Kashyap. Kashmir has been a major center of Buddhist and Hindu cultures. Kashmir also boasts of cultures from the Paleolithic to the Harappan period. Kashmir was located on the northern border of India which was a part of the Maurya Empire. Emperor Ashoka founded Srinagar in Kashmir. The credit of Hindu-civilization in Kashmir goes to Ashoka’s son Jalok. During the period of the Kushan ruler Kanishka, Kashmir was the main province of his kingdom and Kanishka organized the fourth Buddhist council at a place called Kundalavan in Kashmir. Mihirkul, the most powerful ruler of the Huns, also took refuge in Kashmir after being defeated by Magadhraj Baladitya and ruled Kashmir for a year after killing the ruler there. The kingdom of Kashmir was not included in Harsha’s empire.

In the seventh century, a person named Ralabardhana founded the Karkot dynasty in Kashmir. He was a state servant of Baladitya, the last king of the Gonanda dynasty. This dynasty ruled in Kashmir before the Karkot dynasty. He was a mighty king. The description of Huensang shows that Taxila, Singhpur, Ursha, Punch, and Rajputana were part of the state of Kashmir during his period. He ruled for about 36 years.
Durlbhk (632-682 AD) was the son and successor of Ralabhvardhan, who assumed the title of ‘Pratapaditya’. He founded a city named Pratappur. Durlbhk had three sons–Chandrapida, Tarapida and Muktapeeda who are also known as Vajraditya, Udayaditya and Lalitaditya respectively. Durlbhk ruled for 50 years. After that Chandrapid became the ruler who was a pious and noble ruler. He died after ruling for nine years. After that Tarapid became the king. Which Kalhana depicts as a cruel and ruthless king. He died after a short reign of four years. After that Muktapid became the ruler.
Lalitaditya Muktapid (about 724-760 AD) proved to be the most powerful of the rulers of Kashmir. He was an imperialist ruler. He defeated the Tibetans by making a treaty with Yashovarman. Around 733 AD, he sent an envoy to the court of the Chinese ruler. He defeated not only Tibetans but also Kambojas, Turks etc. But his biggest success was defeating Yashovarman, the ruler of Kannauj. After this victory, Kannauj and its border area were conquered. Kalhana has described his victories. According to Kalhana, Lalitaditya reached Kalinga through the eastern sea (Bengal link) after the conquest of Kannauj. The Gaur king accepted his submission. After this he conquered Karnataka and occupied the area up to the Kaberi river. After this he left for Dwarka (Kathiad). Conquering Avanti and other kingdoms, he reached the hilly region of the north-west. Kalhana also credits him with victory over the Arabs. There is no other source regarding whether he defeated the Arabs or not but it is certain that he was a powerful ruler of his time. His imperialist policy made Kashmir the most powerful state in India after the Gupta Empire. Lalitaditya was not only a conqueror but he was also a builder. He built grand cities, temples and statues in Kashmir. He built the Martand temple dedicated to the famous Sun God.

After the death of Muktapid, his dynasty collapsed due to weak successors. Jayapida (Vinaaditya) became the last powerful ruler of this dynasty. At the end of the eighth century, he defeated Vajrayudh, the ruler of Kannauj. Kalhana has called him a cruel and greedy ruler. The Karkot dynasty came to an end with the death of Jayapida in 810 AD.

After the fall of the Karkot dynasty, the Utpal dynasty emerged in Kashmir. Avantivarman was the first ruler of this dynasty who ruled from 855 to 883 AD. Avantivarman was a philanthropic ruler, he made good arrangements for the development of agriculture. Many scholars found shelter in his court. He founded a city named Avantipur and also built many temples. His engineer Suthya got the canals constructed for irrigation.
Shankaravarman (885-902) – Shankaravarman succeeded Avantivarman. He conquered Darvabhisar (located between Jhelum and Chenab), Trigarta (Kangra) and Gurjar. He was a cruel and tyrannical ruler. He imposed heavy taxes on his people, due to which the life of the people became very painful.
Gopalavarman (902-904) – Gopalavarman succeeded Shankaravarman as the king. He was an incompetent ruler. Most of the later rulers of this dynasty were incompetent and tyrannical, as a result of which the government became weak. Anarchy and disorder prevailed everywhere in the state. Born in a simple family named Yashaskar in the tenth century (939 AD) but a learned man took over the power of Kashmir. He established peace by establishing law and order in the state. All this led to the development of agriculture and trade. Kalhana has also praised the qualities of Yashaskar. Yashaskar died in 948 AD.
Queen Didda – In 980 AD, Queen Didda became the ruler of the Utpal dynasty. Queen Didda was a very ambitious ruler. He established peace and order in the state and suppressed the rebels. But she was a characterless woman with a very low moral standard. During his time there were constant rebellions.
Sangramraj – Death of Queen Didda ( 1003 AD) Sangramraj became the ruler. He established the Lohar dynasty in Kashmir.

King Sangramraj (1003-1028 AD) was the founder of the Lohar dynasty. He sent his minister Tung to fight against Mahmud Ghaznavi on behalf of Trilochanpal, the ruler of the royal dynasty of Bathinda, but he was unsuccessful. On his return to Kashmir, Tung was assassinated. After Sangramraj, Anant became some powerful ruler. He suppressed feudal revolts and successfully resisted the pains and Muslim invasions. Devotional was his worthy wife who helped him in governance. Kalash was the successor of Ananta, a tyrannical ruler. Although in the beginning he was foolish and mischievous. But in the end of his rule he proved to be a worthy ruler.
Harsha – Among the kings of the blacksmith dynasty, the name of Harsh, the son of Kalash, is remarkable in the sense that he himself was a scholar, poet, and a knower of many languages ​​and disciplines. Kalhana was his dependent poet. Due to his wisdom, he became famous in other states as well, but as a ruler he was cruel and tyrannical. Kalhana has described his atrocities. He used to spend money like water on comforts and luxuries. Due to this extravagant habit of his, an economic crisis arose in the state, to deal with which Harsha imposed heavy taxes on the people. Taxes were imposed by force.
Tired of Harsha’s atrocities, the feudatories revolted under the leadership of two brothers named Uchhal and Susal of the Lohar dynasty. There was unrest and disorder all around, in an attempt to suppress which Harsha was killed in 1101 AD.

After the death of Harsha, the history of Kashmir is a history of chaos, disorder and conspiracies. The names of kings like Uchchal, Sussal, Bhikshachar and Jai Singh are known in Rajatangini. Jai Singh was the last ruler of this dynasty which ruled from 1128-1155 AD. He defeated the Yavanas. Rajtangini ends with the reign of Jai Singh. After this, Hindu rule continued in Kashmir for almost two centuries. In 1339 AD, the power of Muslims was established in Kashmir. 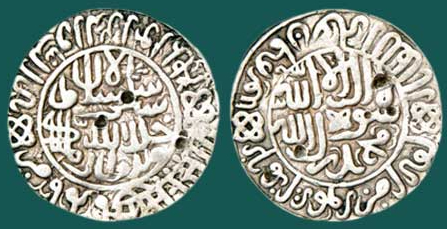