When was the practice of Sati banned in India?

The practice of Sati was one of the most inhuman practices to be done with women in India. The kind of behavior described in the Dharmashastras for women was like a blot on India’s forehead. The practice of Sati was the practice in which when a woman’s husband died, that woman was also burnt alive along with her husband. Today in this blog we will learn about the origin and development of Sati system in India as well as when this practice was declared illegal in India. 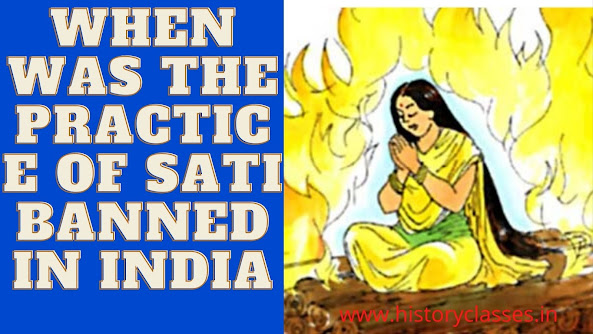 Was the practice of Sati practiced in Indian society from the very beginning?

We know very well that the oldest civilization of India is the Harappan and before that some objects were buried with the skeletons found in prehistoric times as well. He probably did this because of the belief that man remains attached to all the things related to him after death, due to which all those dear things were buried with him, so his existence remains hereafter.

When a king or a noble person died, it was considered that all the things related to him and wife, horse, servant etc. should also be buried with him so that they can give him happiness in the transcendental world. Perhaps this ancient superstition helped the practice of Sati to take a social form. Under which his wife was also burnt along with the deceased. This practice was prevalent in many ancient castes of the world.

Was the practice of Sati prevalent in Vedic culture?

The earliest evidence of Vedic culture is the Rigveda. Nowhere in the Rigveda is there any mention of the practice of Sati or any incident related to it. But in the last Veda, Atharvaveda, there is some indication regarding the practice of Sati, according to which to complete the formality of Sati, the wife used to lie down on the pyre with her husband, from where her relatives and relatives used to request her to go back home. . On this occasion it was prayed that the woman could lead a life of prosperity using sons and wealth. So we can say that the practice of Sati was not prevalent in the Vedic period. In the Vedic period we women could remarry, that is, after the death of the woman husband, we could do our second marriage.

Thus it is clear that Indian society was untouched by the practice of Sati till the 4th century BCE.

When did the practice of Sati start in India?

We do not have any concrete information regarding when and how the practice of Sati became prevalent in Indian society, but we can assume that it must have been practiced in Indian society at some point after the fourth century BCE.

It is not mentioned in the original part of the Ramayana, but in the Uttarkand there has been a reference to Vedavati’s mother being sati, which is probably a projection.
The wives of Dasaratha or Ravana are shown not to be sati on their death.
The mention of the practice of sati is found in the Mahabharata when Pandu’s wife became sati after his death.
* When Vasudeva (Krishna’s father) died, his wives are shown to be sati.

In contrast to all this the wives of Abhimanyu, Ghatotkacha and Drona did not adopt the practice of Sati after the death of their husbands. The story of thousands of such Yadav-widows is also found in the Mahabharata, who accompanied Arjuna to Hastinapur. Some women have been described in the Puranas as being sati. Therefore, we should guess that around the 4th century AD, when the modern form of the Puranas was being determined, at the same time the practice of Sati had also spread its feet.

Rise and development of Sati system in India

Where is the first archival evidence of the practice of Sati found in India?

The first archival evidence of the practice of Sati comes from the Eran inscription (belonging to the Gupta period) of Bhanugupta of 510 AD. It is mentioned in this inscription that Gopraja, a friend of Gupta king Bhanugut, was killed in a fight against the Huns and his wife gave her life by burning in the fire.

A similar incident has also come in the Harshacharita (book written by Banabhatta), in which it is said that after the death of Prabhakarvardhana, his wife Yashomati had also become sati. Harshavardhana’s sister was also about to burn in the fire, but Harsha saved her life by reaching the right time. There is also evidence of sati being performed by Rani Rajyavati of Nepal.

Some commentators and writers of ancient times strongly opposed this inhuman practice. Harshavardhana’s court poet Banabhatta opposed this practice, calling it such a foolish act which has no meaning. Banabhatta has described it as suicide and the woman who adopts this practice goes to hell. While praising widow marriage, Banabhatta has said that a woman who marries a widow does welfare of both herself and her deceased husband. By doing sati, she does no welfare to anyone.

Medhatithi, a famous commentator of medieval times, also declared the practice of Sati as a suicide and declared it prohibited for women.
Devanbhatta also considered the practice of sati an evil and said that being sati is more heinous than being a celibate widow.

In the early medieval period, the practice of Sati became prevalent in the Indian society in its extreme form and people started coming forward in its support in the seventh century AD. Angiras told the only option for a widow to be sati and tried to prove it religious.

Harit told the woman who adopted the practice of Sati to destroy the sins of her deceased husband and said that both live happily in heaven for three and a half crore years. Thus religious support and the demand for the practice of Sati made it prevalent throughout northern India from the seventh to the eleventh century.

This practice especially flourished in Kashmir. Kalhana, the author of Rajatarangani, has mentioned his episodes of Sati. It was widely practiced in the princely states. There has also been a mention when on the death of the king, the concubines and prostitutes also gave their lives through the practice of Sati. In the Kathasaritsagar, there are many references to Sati. This practice was negligible in South India as compared to North India.

Efforts by the Mughal rulers to stop the practice of Sati

During the reign of the Mughals, Humayun first tried to stop this inhuman practice. After that Akbar ordered a ban on the practice of Sati. Since women used to do this voluntarily also, he also ordered that no woman would do so without taking specific permission from her Chief Police Officer. Akbar tried to remove the practice of Sati among the Rajputs. Special inspectors were appointed to see whether “Sati” was done voluntarily or by force. No woman could be burnt against her will.

Efforts to stop the practice of Sati under European colonial rule

By the end of the 18th century this practice was discontinued in some areas under European colonial rule. The Portuguese had banned this practice in Goa by 1515. Dutch and French closed it in Hooghly, Chunchura and Puducherry.

Which British Governor General abolished the practice of Sati? 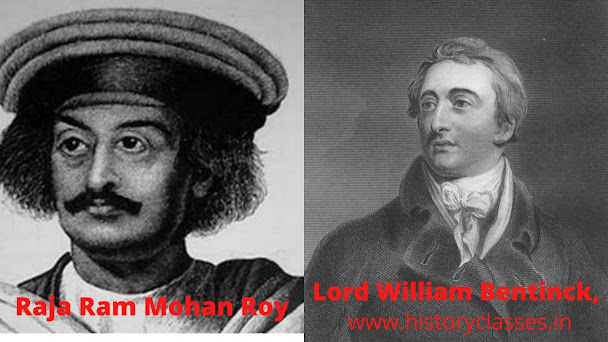 Some cases of Sati practice even in the 21st century

After 1987, 24 cases of Sati were reported in Rajasthan alone.

After the formation of Rajasthan Sati Prevention Act, 24 cases of sati practice have been registered in Rajasthan under it. Of these, 13 cases have been reported in 1987, seven in 1988, two in 1989 and one case each in 1993 and 2000. However, Roop Kanwar’s case is the last case of sati in which a woman has died. In the cases registered after this, women tried to commit sati, but they were saved.

Senior journalist Jitendra Singh Shekhawat says, “Sati was a right and traditional event in the eyes of Rajputs, but in modern society such incidents had to be opposed. The Rajputs had demonstrated a lot in support of Roop Kanwar’s sati in Jaipur, which scared the government a bit.

He says, ‘But as much as the Rajputs were in support of this incident, there was a strong protest against this practice as well. People associated with Left organizations had led these protests.

Thus the practice of Sati was such an inhuman malaise that caused countless women to sleep against their will to death. Although this practice was negligible in ancient times, it came to the fore in its fierce form during the Rajput period. Although most people attribute this practice to Muslim invaders, this confusion is dispelled when we find this practice prevalent even in the early medieval period. Even after independence, this practice continued to appear in sporadic form. 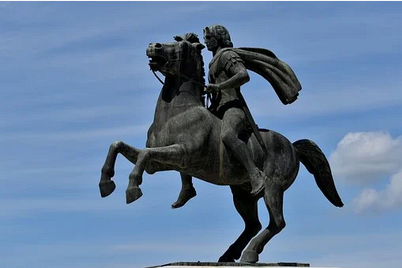