Ancient Vedic religion and its form

Religion is such a subject that you have to take your intellect and conscience to the level of zero before discussing it. Before writing or speaking on any subject, it falls according to the followers of that religion. The faith of the religious believer to which he belongs is deeply rooted in that religion, there is no scope for questioning. It is well known that religion emerged to prevent society and man from doing evil deeds. But with the economic importance increased and now religion has become the main means of economic and political selfishness. India is a multi-religious country, so most riots happen here in the name of religion. But most of the people fighting in the name of religion are ignorant of the real objectives and functions of religion. An institution called Dharma was created by our ancient sages to stop the violent activities of human beings. But in the present time violence in the name of religion is justified. Today, through this blog, we will learn about the world’s oldest religion, Vedic religion. 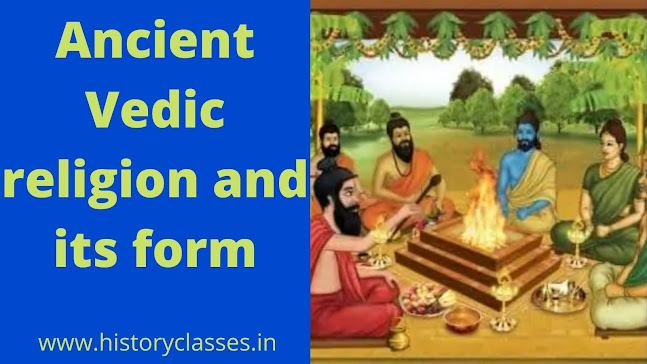 Ancient Vedic religion and its form

Indian culture has been based on religion from the very beginning. In fact, if seen, this religion is the lifeblood of Indian culture. From time immemorial, religion was accepted as a sacred driving force. The land of India was the playground of many religions and sects. The ideal of religious tolerance that we got to see in India is rare in any other culture of the world. Each religion has played its own role in the formation of Indian civilization and culture. Let us know about the world’s oldest religion, Vedic religion.

If we want to understand religion then first of all we have to understand Vedic religion. It is worth noting that today we talk of Hinduism but the word Hindu is not found in any ancient text. But those who take advantage of the perverted form of religion fulfill their personal interest by misleading the religious people. We first get definite knowledge about the religion of ancient Indians from the Vedic literature, in which the Vedas, Brahman texts, Aranyakas and Upanishads are counted. The oldest text of Vedic literature is Rigveda, in which we first get the vision of Polytheism. The Aryans believed in the existence of various gods. Most of their deities are symbols of various forces of nature which have been humanized and it is believed that the activities of the world are governed by the grace of the deities. Each deity is depicted as the creator and controller of the world.

1- Gods of Dyusthan (sky) – In this category mainly Varun, Pushan, Mitra, Surya, Vishnu, Ashwin, Usha etc. have been given place.

2- Gods of Space – In this category Indra, Apam, Parjanya, Aapah, Rudra, Marut etc. were given place.

3- Gods of Earth – In this category mainly Agni, Brihaspati, Soma etc. were given place.

It is worth noting that most of the deities mentioned in the Rigveda are male (since the Aryans were the nurturers of the patriarchal culture) and the place of the goddesses is secondary. Aditi is the important goddess of this period. Some deities represent intangible emotions like Shraddha, Manyu, Prana, Kaal etc.

how the gods were worshiped

Vedic sages and sages used to worship the deities through yagyas. On the occasion of Yagya, the deities were invoked through mantras. The Rigveda mentions mantras dedicated to various deities. Agni, Ghrita (Ghee), food, meat etc. were sacrificed in the Yagyas. The ancient Vedic sages believed that offerings by fire are carried to the deities. The gods themselves present themselves and accept the offerings and fulfill their desired wishes. A detailed description of Yagyas is found in Brahmin texts.

The Aryans believed that the Vedic gods were the custodians of ethics and moral rules. He is said to be related to ‘Rita’. ‘Rita’ means truth and imperishable power. A very beautiful concept of ‘Rita’ is found in the Rigveda. It has been described in the Rigveda that Rita was first born in the beginning of the universe–“Ritam cha satyam chabhidhat tapasodhyajayat” by this means order and prestige is established in the world. Rita is the regulator of world order. The deities are the form of Rita or are born out of Rita and they protect Rita by their divine powers. Somas are produced and increased by the Rita, the Sun extends the Rita and the rivers carry this Rita. In this way, Rita refers to the universal physical and moral system. Dr. Radhakrishnan has described Rita as the path of virtue and the true path without evils.

The Vedic sages conceived the deities as human beings and imbued all human qualities in them. The difference between a deity and a man was that the gods were immortal and omnipresent. He did not even have human weaknesses. They were endowed with immense power and morality. In contrast, man was mortal and with limited resources. He was desirous of the grace of the deity and the upliftment of man was possible only by his grace. It can be destroyed by the wrath of the gods. Therefore, man was constantly trying to please them.

One of the specialties of Vedic religion is that the deity which is praised in it is considered to be the best and the most important. Sometimes considering Varuna and sometimes Indra as paramount, the origin of other gods has been considered from them. Max Müller has termed this tendency as ‘Henotheism’ or Kathenotheism.

Choosing the Almighty and Best God

The perusal of Vedic literature reveals that the sages, concerned with the erroneousness of the gods, began to search for who is the most powerful and supreme god. The question arose that “For which deity should the ritual of Havi be done? (Kasmai Devaya Havisha Vidhem). To work the number of gods, some gods were combined into one category. Earth and sky were combined into ‘Dyavaprithvi’. Names were given. Mitra-Varuna, Usha-Ratri, were combined. Maruts, Ashwins and Adityas were also considered as a category. Thus the number of deities was reduced to some extent. But the sages were not satisfied with that much because He wanted to search for the Supreme God. In the last stage of his contemplation, he discovered the important fact that the Supreme Tattva (Truth) is one which the wise know by different names like Agni, Yama, Matarisva etc. – Ek Sat Vipraah. Bahudha Vadanti. Agni Yama Matrishvanamahuh. This supreme element has been described as Hiranyagarbha, Prajapati, Vishwakarma etc. This is the feeling of ‘monotheism’. Thus the Rigvedic religion started from simple polytheism and changed into monotheism. A detailed explanation of this is found in later philosophy.

In Rigveda, the ideas of Paramatattva are received in two forms–

1- Sarveshwarism – Its explanation is found in the Nasadiya Sukta of Rigveda, in which it is said that this was the supreme being in the beginning of the universe. From that the creation originated. That is wholly pervading the universe.

2- It is discussed in the Purush Sukta where it was told that the basic element of the universe is the Virat Purush. Though pervading the world, he is beyond it in some degree.

Thus the aim of Rigvedic religion was mainly to attain worldly pleasures. The deities were worshiped for victory in war, good agriculture, getting a son in the form of Sanatan, etc. The Aryans believed that the worship of the gods through yagyas leads to the attainment of heaven. His views were completely optimistic and imaginative. He wanted to enjoy the pleasures of life to the fullest. He did not believe in penance, Kayklesh etc. In the beginning the law of Yagyas was very simple, but later on it became complex and elaborate. Some yagyas were very elaborate and costly. In the Upanishad period, the importance of sacrifices decreased and knowledge was established in place of rituals. Emphasis was laid on penance, renunciation, renunciation etc. Kayclesha and renunciation were considered necessary for salvation. The main teaching of the Upanishads is to establish the identity of the soul, the essence of the individual, with Brahman, the essence of the world. 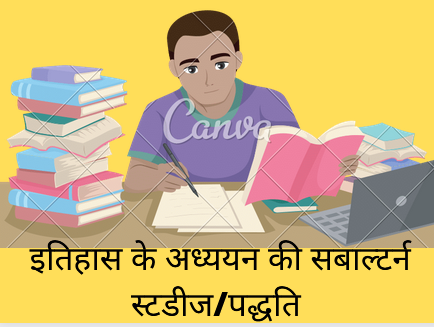