It is a huge achievement that the archer Deepika Kumari brought India’s name to the whole world by winning three gold medals in a single day in the ongoing archery competition in Paris. ‘ History of Archer Deepika Kumari’ Who is Deepika Kumari?, where is she from, her childhood was like this, her achievements from birth till today we will discuss in this blog today.

Deepika Kumari was born on 13/06/1994 in Ratu, a small village in Jharkhand. His father was an auto rickshaw driver. His father’s name is Shivnarayan Mahato. His mother’s name is Geeta Mahto who works as a nurse in Ranchi Medical College. Since childhood, Deepika Kumari was fond of targeting when she used to pluck mangoes by throwing stones at the mango tree in the village. Her mother narrates an anecdote from her childhood about this interest of Deepika.

“Deepika was going with me one day when she saw a mango tree on the way and said I have to pluck mangoes. I stopped her a lot and told her. That she will not be able to pluck the mango is planted at a very high height, but Deepika said no, I will stay by plucking the mango today. Then Deepika picked up a stone and with a very precise aim, she broke the mango in one go. I was very surprised to see all this happen”.

The village where Deepika Kumari was born did not even have electricity and water. At that time no one could have imagined that a girl from a very poor family would grow up to dominate the world stage and bring laurels to India. Deepika Kumari was born in a Prajapati family. Deepika Kumari, who belongs to a normal family, had to face a lot of difficulties in the beginning but Deepika did not lose her courage. Initially, Deepika used to practice aiming by making bows and arrows with bamboo sticks.

After mastering archery from Tata Academy, Deepika Kumari won a gold medal in the compound singles competition at the 2006 World Championships held in Marida, Mexico. Deepika was the second Indian to achieve this feat. From here, achievements started in Deepika’s life and she got the title of world number one archer.

At the age of 15, he won the 11th Youth Archery Championship held in the US in the year 2009. After that Deepika won bronze medal in Asian Games 2010. After this, Deepika won 2 gold medals in the women’s singles and team competition in the Commonwealth Games in the same year.

In the Commonwealth Games 2010, Deepika won the gold medal not only in the individual event but also played an important role in winning the gold medal for the recurve team. Whenever the history of archery competition of Commonwealth Games will be discussed, recurve archer Deepika Kumari will definitely be remembered for her golden performance in 2010. Deepika Kumari won silver medal in archery competition held in Istabul in 2011 and also won silver medal in competition held in Japan in 2012. He was given the Arjuna Award for this achievement.

Deepika Kumari was given the Padma Shri award by President Pranab Mukherjee in 2016.

Earlier, Dipika teamed up with Ankita Bhagat and Komolika Bari in the team event as the Indian recurve team won the gold medal with a comfortable 5-1 victory over Mexico. Deepika Kumari has been instrumental in helping the women’s team get its second consecutive gold medal at the World Cup this year.

Every Indian is proud of the achievements of Deepika Kumari but we should not forget that there is still lack of better sports facilities in India due to which so many promising players are left behind. If India also faces better sports than other countries of the world. If the facilities are made available to its players, then India will also appear higher in the medal tally in a competition like Olympics. 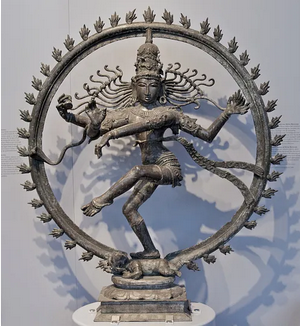