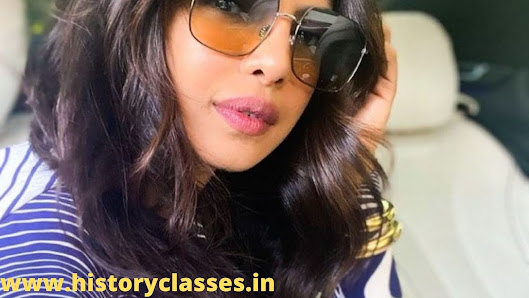 Priyanka Chopra was born on 18 july 1982. so today is Pryanka Chopra’s birthday. Priyanka Chopra was born in Jameshdpur, Jharkhand but mostly time spent in Bareilly Uttar Pradesh.Bareilly know as her home district. Priyanka’s Parents were doctor in the indian Army . Priyanka Chopra has a brother named Siddharth Chopra. Priyanka also has cousin sisters Parineeti Chopra, Meera Phopra, and Mannara chopra who are also active in Bollywood. due to the job of the parents, Priyanka usually lived in diffrents parts of India.which includes Delhi, Chandigarh, Ladakh, Lucknow, Bareilly and Pune

Priyanka  Chopra has done her studies from diffrent cities of India because both her parents wre doctors in the Indian Army, due to which she kept getting transferred, so Priyanka also had to change schools. She completed her education from La Martiniere Girls School, Lucknow St.Maria Gorty College, Bareilly Newton Notrh High School , Newton Massachusetts John F. Kennedy High School, Cedar Rapids, lowa Army School Barielly.

In 2000, Priyanka moved to America with her aunt. She was allegedly subjected to apartheid several times because of her dark complexion while studying in US. There was a girl in priyanka’s school who used to threaten her often. not only this, due to dark complexion during studies, many classmate also used to laugh at priyanka jokingly. but Priyanka was not distracted by this. In America Priyanka Participated in the Femina Miss India competition and was the second runner.

In Which Year Priyanka Chopra was elected Miss World

On 30 November 2000, India won her 5th Miss World title and 18-year-old Priyanka Chopra became the country’s fifth Miss World. The Miss World 2000 pageant was held at the Millennium Dome in London. Priyanka was competing with 95 beauties of the world. The actress won the Miss World title, Miss Italy and Miss Turkey were the runner up. She enrolled in college before winning the competition, but later after winning the competition, she started getting offers from the film world, so she decided to make a career in cinema and she was successful in that and made a separate identity for herself which continues to this day.

Priyanka Chopra won the title of world beauty at the age of 18. After all she deserved it. Because she had given thoughtful answers to many interesting questions.
When the host of the contest Rahul asked her that if you were a goddess in the Garden of Eden, who would you punish Adam, Eve and Satin?
Priyanka’s reply was, ‘If I were a police officer in Garden of Eden, I would have punished Satin, because I believe that evil is not born from birth, it is instigated. Eve thought Satin was right and she believed him…’

Priyanka Chopra was asked in the last round, ‘Who do you consider to be the most successful woman in today’s era and why?’
Priyanka’s reply was, ‘There are many people here whom I admire, but the woman who deserves the most praise – Mother Teresa, who is a very kind person.’
However, his answer was wrong, as Mother Teresa had passed away in 1997. But she had won the hearts of the judges. That’s why she was crowned Miss World 2000.
Yukta Mukhi who won the Miss World title in 1999, crowned Priyanka as Miss World.

After winning the title of world beauty, Priyanka Chopra wanted to become an engineering or psychologist. But due to her beauty, she started getting offers for films. Priyanka Chopra made her film debut in 2002 with the Tamil film Thamizhan. Although Priyanka’s role in this film was limited.

Priyanka Chopra and Nick Jonas pair are one of the most talked about couples. Priyanka married Nick, who was much younger than her age, on December 2, 2018 at Umaid Bhawan in Udaipur according to Hindu and Christian customs.

Priyanka has achieved whatever she wants in her life. Priyanka Chopra has bought luxurious houses in Mumbai, Goa and Los Angeles.
By the way, Priyanka lives in Los Angeles house with Nick Jonas after marriage. But due to being a family in Mumbai, she keeps coming here.
The name of Priyanka’s house in Mumbai is ‘Karmayoga’. On whose fourth floor she lives. This house of Priyanka Chopra has 5 bedrooms, while her living room and dining space is quite luxurious. Her mother and brother live in this house with Priyanka. His house is worth more than one billion.
Apart from this, Priyanka Chopra has bought a bungalow in Versova. This bungalow named Darya Mahal was built in 1930. The price of this bungalow named Darya Mahal is 100 crores. It is being said that for the last several years, Priyanka was looking to buy a bungalow. This beautiful bungalow was built in 1930. Many films have been shot in this bungalow. This bungalow has 15 bedrooms, it was built by Maniklal Chunilal Chinoy, a textile trader.

Priyanka Chopra turns 39 today. Priyanka is fond of expensive cars. All the cars she has, the value of every car is above crores. Priyanka has a collection of luxurious cars like BMW 7 Series, Mercedes Benz S Class, Rolls Royce Ghost, Porsche, Cayenne.

Former Miss World Priyanka Chopra had a net worth of 225 crores (US$ 30 million) as of 2021. Priyanka Chopra’s annual earnings are more than 18 crores. Along with movies, she also earns from commercials and TV shows. She owns more assets than her husband Nick Jonas.

Priyanka is also associated with many types of social work. Priyanka has a social organization named – “Priyanka Chopra Foundation for Health and Education”. Through this organization, Priyanka helps poor children around the world.