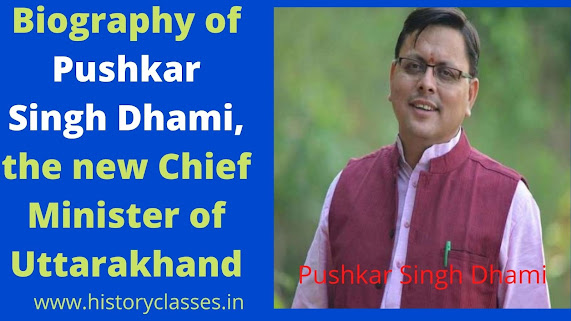 Pushkar Singh Dhami was born on 16 September 1975 in Tundi Tehsil Didihat, Gram Sabha of Pithoragarh, Uttarakhand. His father was in the Indian Army, so he had a passion for patriotism and national service from the very beginning. He spent his childhood in financial deprivation and had his primary education in a government school. He is the only son of his family besides he has three sisters. Being the only son of the family, the responsibilities of the family always remained on him.

Such was his early life

As a student leader, Dhami fought for the interests of the students by uniting the students in Lucknow University and giving them their rights and played an important role in the important change and operation in the education system. From here Dhami’s political qualities developed and made up his mind to go into politics.

Well acquainted with the difficult conditions of Uttarakhand, Dhami closely observed and understood the local problems. After the formation of Uttarakhand, he served as OSD to former Chief Minister of the state Bhagat Singh Koshyari from 2001 to 2002. Dhami was also the state president of Bharatiya Janata Yuva Morcha twice. Dhami strengthened his political identity by organizing huge rallies and conferences by gathering unemployed youth from place to place in Uttarakhand for six years from 2002 to 2008.

When was Pushkar Singh Dhami elected MLA for the first time